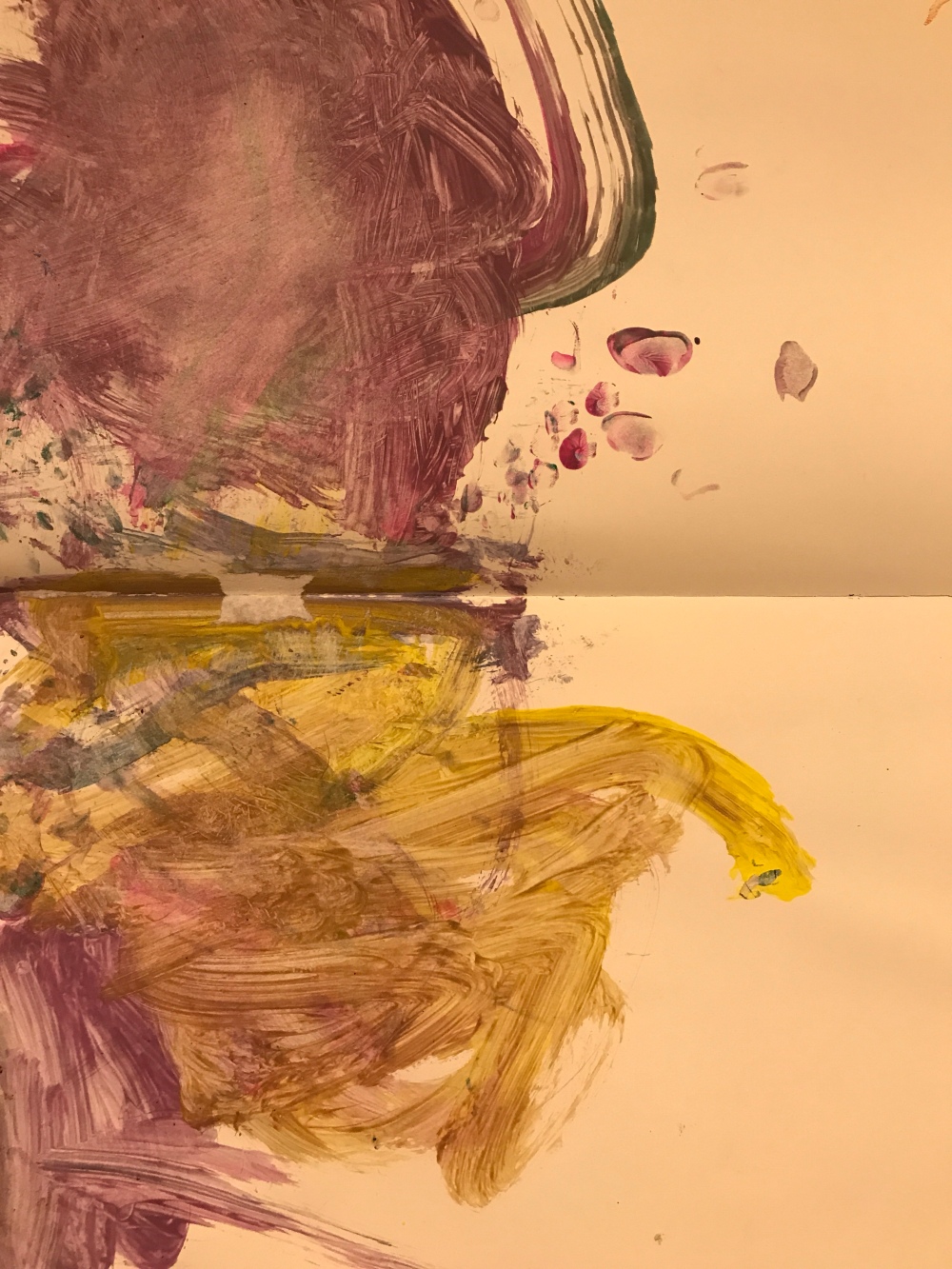 This dramatic piece develops the artist’s characteristic ‘impasto’ technique, creating light by working into the surface to render rough areas of paint smooth and lucent, creating areas of a dreamlike violet within the energetic, almost violent textures of clashing and blending purple and gold.

The Titans, gigantic children of earth and heaven, rebelled against their own progenitor and were in turn deposed by their children, the Olympian gods. Pan, commonly represented as a goat in the classical artistic tradition, helped to defeat the Titans by inducing terror (panic) in them through his wild cries.

The goat-like figure on the left – Pan-like and also perhaps an allusion to that titan of abstract expressionism, Chagall – appears locked in head-to-head struggle with a colossal, earthy foe, to be retreating. And yet we know from the legend that Pan was victorious. The dynamic evokes the contest between the immense, chthonic forces of geological or metereological phenomena and the seemingly lighter, more ephemeral ones of plant and animal life that nonetheless over time shape the bones of the earth around them. The allusion to previous artistic traditions also invites us to situate the artist within the struggle between Titan and Pan, asking: how does each artist struggle with those who came before, in order to come into being, to create their own archetype?