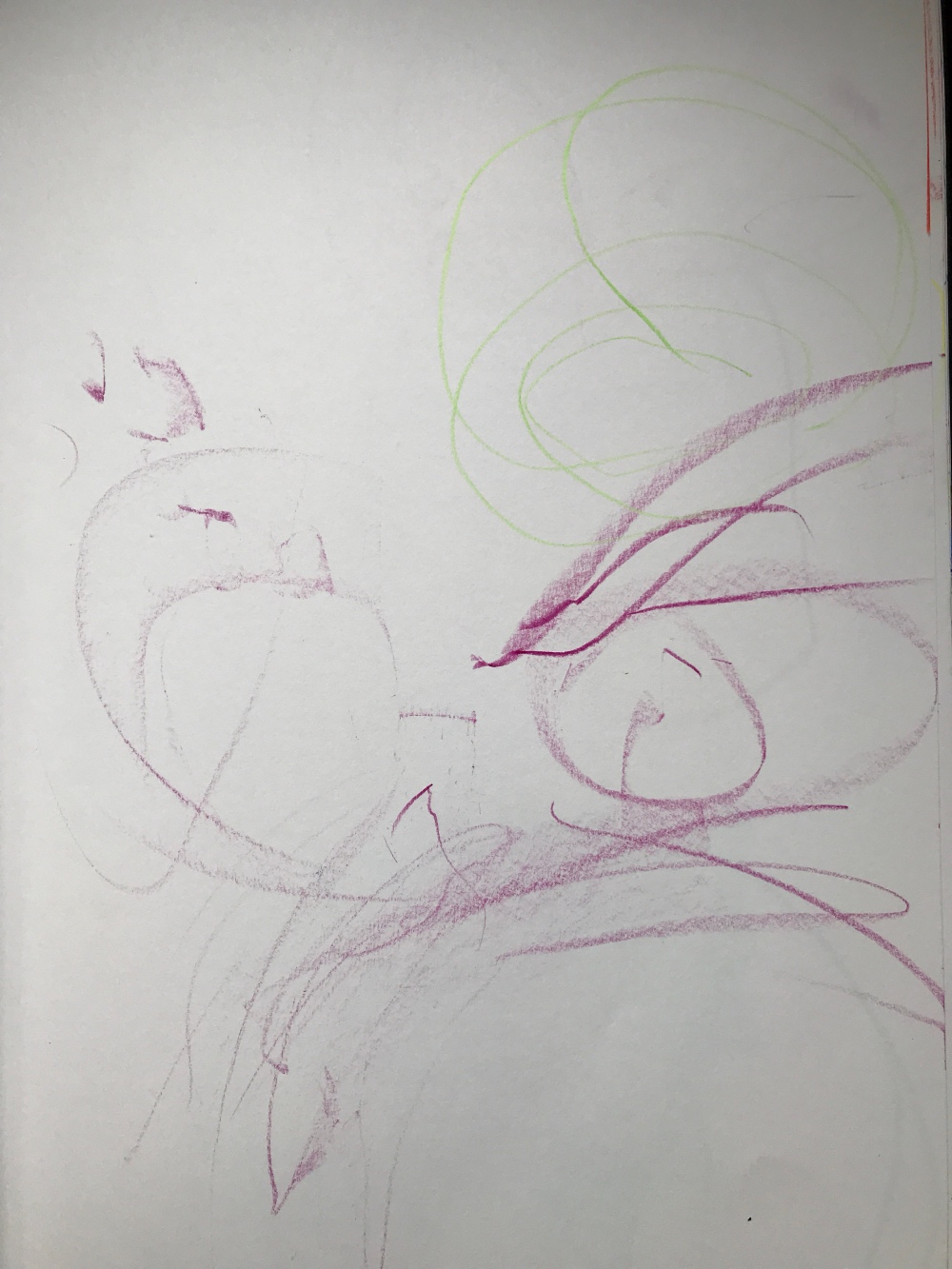 In this series the artist steps away from her colour-rich watercolour and tempera work, developing an economic line and use of space to capture the energy and essence of bird life. Inspired by Chaucer’s famous poem, the series teases us with a palimpsest of meanings ascribed by our human culture to the species around us, across the many centuries of cultural and political history in the British Isles and elsewhere.

In the terms of Chaucer’s allegory the pheasant, a seed-bird, represents the agricultural class. But as the victim of mass slaughter as a leisure activity by the wealthy elite in shooting season, it could stand also for our contemporary upper-caste – as well as for its victims, those members of the serving caste and underclass whose comfort or well-being is often treated casually as a necessary sacrifice in the elite’s pursuit of pleasure.

In its Asian origin, pheasant in the drawing perhaps stands as a feathered challenge both to nativist trends in popular discourse: it is an immigrant to the British Isles. And yet, as a assimilated part of the English countryside, seen by many as perhaps its quintessential image, perhaps it stands also as a challenge to multiculturalist visions of contemporary society.

Economical in line but rich in resonance, the artist’s Chaucerian yet wholly contemporary pheasant is an elegant and yet gently political intervention in the genre of nature illustration.